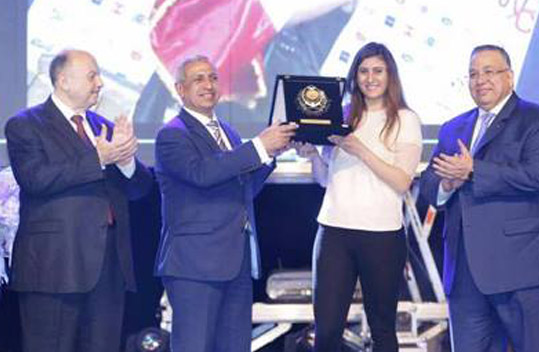 Student Success Story
She is an Egyptian professional squash player who became the youngest women to win the Women''''s World Championship On 30 April 2016.It is worth mentioning that Nour El Sherbini produced one of the greatest comebacks in World Championship history in the final of 2016 Naza PSA Women’s World Championship in Malaysia to become the youngest winner of the biggest title in Women’s squash as well as the first female Egyptian ever to become the World Champion.Nour is a student at AASTMT College of Management and Technology, Media Management department.Within the role of the Arab Academy in sponsoring sports and athletes to achieve its leading and outstanding role, H.E Prof. Dr. Ismail Abdel Ghafar Ismail Farag - AASTMT President honored the youngest World Squash Champion “Nour El Sherbini”, AASTMT College of Management and Technology student AASTMT ceremony for the graduation projects of Class 2016 of Media Management Department