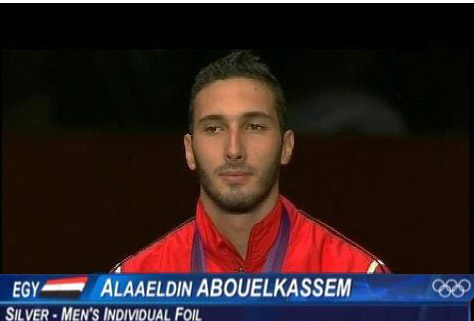 Student Success Story
The Fencer AASTMT College of Engineering and Technology Student, Alaaeldin Abouelkassem has won the first silver men’s individual foil at London 2012 Olympic Games after performing a distinguished final match which was held on Tuesday 31- 7- 2012 in front of the China player, Lei Sheng. The first silver at London 2012 Olympic Games of AASTMT College of Engineering and Technology Student is considered to be a culmination of AASTMT role in the care of athletes and the adoption of talented young people, where AASTMT has participated with a large number of players in individual and team sports. It is worth mentioning that the Fencer, Abouelkassem Alaaeldin is a student at the Department of Electronics and Communications of AASTMT College of Engineering and Technology.